The History of Adam Fireplaces 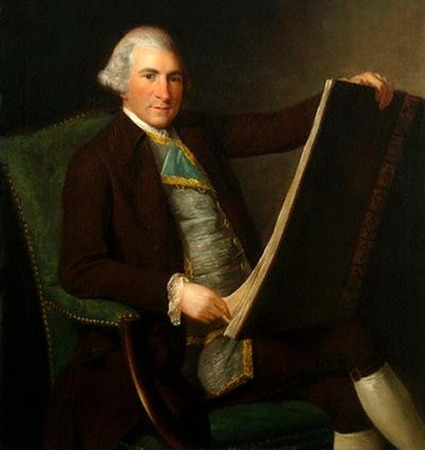 ‘A Kind of Revolution’

There can be few more enduring symbols of the success of an architectural fashion than the ornamental chimneypieces which the Adam brothers designed for the great country houses and urban developments of Georgian Britain. The ‘Revolution’ which Robert Adam sought to champion after returning from his Italian grand tour in 1758 was rooted in his ambition to transform taste throughout society. While he and his brothers quickly established themselves as leading architects to Britain’s wealthy aristocracy, they also cultivated a belief that good design had a wider civic purpose. It was the family’s mission to democratise taste, with the result that they can now be credited with producing the world’s first ‘International Style’.

The pine and composition timber framed chimneypiece which was to become the icon of Adam neoclassicism was originally the solution to a problem. The rapid rate of construction in late 18th century Britain meant that is was impossible for the carvers of ornamental marble and limewood chimneypieces to keep pace with demand for the simple reason that a great deal of workshop time had to be devoted to making each one, and they were generally very expensive.

The architectural practice run by William Adam and his sons was originally involved in building and development as well as design. They understood the dynamics of the marketplace, and understood that if their unique style was to become the accepted gold-standard in taste, it would be necessary to devise a method of producing architectural fittings at a rate which would fulfil demanding builders’ schedules without in any way compromising technical and design quality.

Their solution was typically ingenious. ‘Adams’ Composition’, a tough compound made to their own secret recipe, could be cast from copper or boxwood moulds and applied to timber frames. The final result could be given one of a number of decorative treatments, such as painting, gilding, or glazing as faux marble, or it could be left ‘raw’ and given a wax polish. These chimneypieces could be produced relatively quickly, and in relatively large quantities, yet they still had the appearance of perfectly designed objects.

Thistle & Rose, established two hundred years after Robert Adam’s death, were in many ways providing the same answer to the very same question which had confronted William Adam and his sons. Britain’s historic cities, which had suffered in the 1960s, were back in fashion, and those involved in the restoration of old houses were becoming more discriminating in their tastes. Architects, planners and owners wanted authentic fittings designed to a top quality specification, but their budgets didn’t run to ‘bespoke’ prices, and their schedules were often demanding. Estate agents and developers, too, began to appreciate the value-added benefits of installing high quality facsimile fittings in rooms, rather than cheaper and more ubiquitous repro items. There was a need to be met, and Thistle & Rose, an atelier business based in the Scottish Borders, was established to meet it.

From small beginnings, the partnership has grown to supply architectural fittings to a wide range of clients in both Britain and America (where the Adam look was quickly absorbed into the popular Federal Style). Our output includes not only the standard pine and composition chimneypieces, but copies of the original matching grates (which are foundry-cast in the Scottish Borders), window fanlights, mirrors and even bespoke items of furniture. We are also recognised as specialist restorers of original items.